HeadTrash : Do you have it?

HeadTrash is the negative voice of your subconscious, engaging you in a deadly inner dialogue that only you hear, consciously or subconsciously, but which affects everything you say and do and everyone around you. HeadTrash is any pattern of self-defeating feelings and thoughts that leads you into trouble and keeps you stuck there. Even worse, depending on your level of responsibility and authority, the rest of your team or company gets stuck, too.

Everybody feels afraid, insecure, guilty, and so on from time to time. That’s normal. But when problematical thoughts and feelings become patterns in your life and consistently affect your decision-making and leadership behaviors, they’re HeadTrash that requires cleanup on your part. The Webinar Series will show you how to change your behavior and make you a better leader – for yourself, your business, your employees and your family. 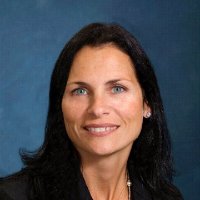 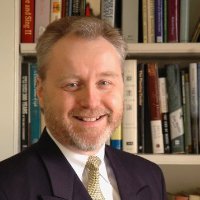 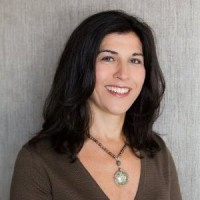 Penny Zenker is a Productivity Expert and for over 10 years has been transforming peoples lives and businesses by helping them get out of their own way.

HeadTrash is that gremlin within you that creates negative self-talk and blame. It doesn’t just affect your performance, it also poisons the productivity of those around you! It’s like secondhand smoke; it lingers and festers. It gets into all the nooks and crannies, sticking to furniture and clothes and permanently altering their look and feel. Your HeadTrash is the same. It not only affects your ability to function at your best, but it inhibits others as well. In order to create and maintain an effective team that can work harmoniously together it is essential to promote a positive environment, and to remedy sources of HeadTrash.

Once employees are exposed to HeadTrash, sources can be difficult to identify and even harder to contain. Just like a friend who lights up a cigarette while you are together, once you are exposed there is a chance you will be affected by the toxins, and it’s tempting to join the activity. Before you know it, one source of smoke becomes 2, and then 4, and soon it spreads until your whole team is affected in one way or another. The challenge is you often can’t identify it in the group until it is too late. It shows up in a lack of ownership and apathy. It reveals itself in gossip and a lack of purpose – after all when you are all strongly committed to the purpose, no one has time or cares about gossip. Trust and respect, the cornerstones of a great working environment, are ultimately affected and your foundation begins to crack and crumble. Now you can see why HeadTrash is a major killer of our productivity.

The latest studies showed that over 50% of a manager’s time is spent on resolving interpersonal office conflict. Ouch! How much times have you spent mediating conflicts when you could have been advancing the company’s agenda? Don’t you think it’s time to stop blowing toxins all over your company’s success?

The first step is to understand what HeadTrash is, and how to mitigate it. According to HeadTrash Education Services, the 7 forms of HeadTrash are Fear, Anger, Control, Insecurity, Arrogance, Paranoia and Guilt. You can learn more about the HeadTrash that’s holding you back, and how to kick it to the curb where it belongs by attending the webinar series.